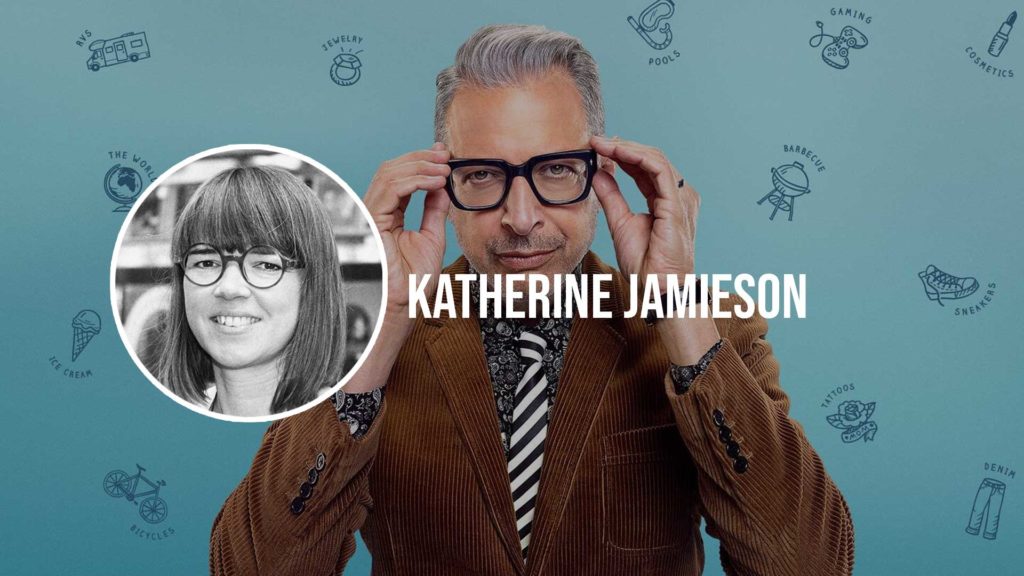 Artist in the Spotlight – Katherine Jamieson

How do you bring together decades’ worth of archival footage and turn it into one seamless feature-length documentary? Just ask senior colorist, Katherine Jamieson.

A senior colorist at halo Post Production, Katherine worked on the iconic documentary ‘Here I Am’ about country star Dolly Parton, which was made up of a massive amount of archive material.

To achieve a cohesive end result, Katherine relied on color grading. “I added flares and light leaks along with subtle color accents for each time period that helped tie it together and bring it alive”, says Katherine.

“I also spent a lot of time on the interviews, making them look as luscious as possible, using defocus diffusion to help shape the contributors and make them really focused on the screen.”

Plugins that bring out the best

Katherine says that the DVO tools in Nucoda are lifesavers during the grading process. “Clarity works wonders when you’re trying to clean up some grainy, low light archive footage. And the Flicker tool is brilliant for helping smooth out those inevitable iris pops you get.”

‘Here I Am’wasn’t the only time Katherine’s relied on plugins to help bring new energy to footage. Sometimes, colorists are presented with flat visuals with poor light — and are expected to transform them into something special. While working on the first series of Disney’s ‘The World According to Jeff Goldblum’, Katherine had to think outside the box.

During Episode 4, titled ‘Denim’, the production team had struggled to light a line dancing scene and, as a result, the footage had come out a bit flat. To rectify this, Katherine designed flare placements. “The flares I built using sapphire plugins helped to elevate the scene and give it the flamboyance it demanded”, she says.

Katherine recalls that project being a particular high point in her career. “To see the world through the eyes of Jeff Goldblum was always going to be vibrant, colorful, and fun,” she told us.

“Though this was the overall series brief, we also felt it was important that each episode had its own individual feel and tone,” Katherine continued. “The whole team at Nutopia were very open-minded and allowed us to really experiment and be playful in the grade which was so much fun.”

Katherine recommends that budding young colorists observe the world around them.

“Why did a particular advert grab you? Or the light of a certain sunset or piece of art? How did it make you feel and then how can you translate that back into the film/video world through light and color? It’s something that takes practice — a lot of it — but if it’s your passion it doesn’t feel like hard work, more like you are developing your skill, and it’s never-ending…there is always more to learn. That’s the real joy of it!”

In the nearly twenty years that Katherine has worked as a colorist, she’s certainly developed a keen eye for color. She recently won the Broadcast Tech Innovation Award for Excellence in Grading for her work on the Jeff Goldblum show.

Like Paul Koren[1] , Katherine is another example of halo’s homegrown talent — she’s been part of their post-production team since 2005, having begun her career as a runner at a post house. Katherine had initially done a post-graduate course in lighting and editing and completely fell in love with cinematography. “I was going to end up doing cinematography or grading really! But as I could edit I ended up going the post route,” she says.

Since being with halo, Katherine has worked across everything from comedy to music to documentary. While it’s great to have a specialty, being flexible and adaptable is an absolute must in the post-production industry.

“halo are privileged to have colorists with the unique skillset of being able to work across many genres spanning from high-end factual and scripted to long-running entertainment TV series,” the company’s Head of Business, Matt Locke, told us.

​​An ardent music documentary fan, Katherine worked on many music docs while at halo including Liam Gallagher’s ‘As it Was’ and the aforementioned Dolly Parton documentary –– which was a real career highlight.

“I absolutely love Dolly”, says Katherine. “So to get the chance to work on a documentary about her life with award-winning director Francis Whatley — whose David Bowie ‘5 Years’ trilogy docs I loved — was a dream come true.”