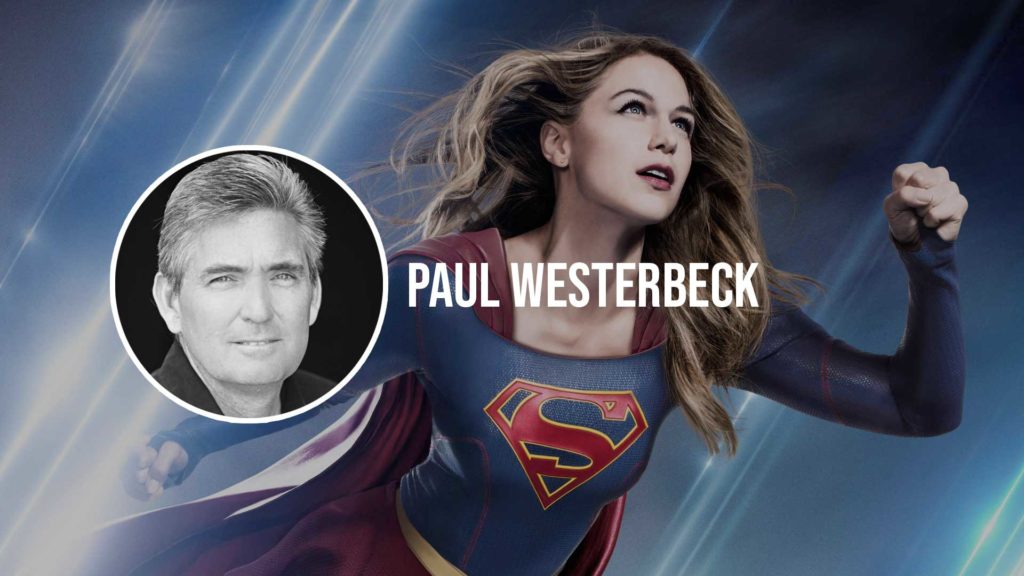 Artist in the Spotlight – Paul Westerbeck

Color grading veteran, Paul Westerbeck, only accepted a job offer on the TV show CSI to be polite; as a feature film colorist, he had no interest in working in television. Twenty years later, he credits that job with changing his career for the better — and the once-in-a-lifetime opportunity to work with legendary director Quentin Tarantino.

Paul’s story serves as a reminder that we should never close a door on an opportunity just because it wasn’t in our original “life plan”.

If he won the job, he wanted Paul to join him. “Being polite, I said that would be great, having no intention to go into TV then because I was a feature colorist”, says Paul. However, after a successful session with producer Danny Cannon, Paul got the show.

Joining the CSI team as a colorist in season three, he stayed on until the show’s end in 2015. The best part of that role? His co-workers.

“Being able to work with director and producer Danny Cannon was awesome. He is always pushing the envelope visually. And I had the opportunity to work with some of the most talented directors, producers, and DPs in the business; including Quentin Tarantino and William Friedkin.”

Since then, in his role of Senior Colourist at Picture Shop, he’s worked on some of the biggest shows on TV.  Projects like HBO Max’s ‘Doom Patrol’, CW’s ‘Supergirl’, Fox’s ‘Gotham’, Jerry’s Bruckheimer’s ‘Hightown’, and Fox’s ‘LA’s Finest’.

But despite his resumé stacked with modern shows, Paul considers himself fairly old-school in the way he works.

Though that doesn’t mean he’s stuck in the past. If anything, Paul recognizes the importance of evolving with modern technology: “The work is constantly evolving so it’s always about adapting to new challenges”.

Just like the rest of us, Paul had to adapt to working from home when COVID first hit –– no easy feat when you’re working on massive projects that usually require specialist hardware and software.

Paul reached out to Henry Gu, a software mastermind, to help with a remote viewing system from home. Henry was able to come up with an RMS[1] [2] [3] [4]  to allow Paul to view SDR and HDR at home, identical to his view in the grading suite at Picture Shop.

Being able to grade from home with the same setup was a total game-changer.

Paul then worked with the development team at Filmworkz to allow his Precision Panel at home to control his Nucoda system at work. “It has zero latency and feels like I am there.”

Communicating and being in-sync

Before Paul landed his gig on CSI, he racked up some seriously impressive film credits. As a colorist at The Post Group, Paul graded features for Paramount, Disney, and MGM, including well-known titles such as ‘GI Jane’, ‘The Relic’, and ‘Legally Blonde’.

He recalls a moment while working on Legally Blonde with particular fondness.

“I went to screen the movie at MGM with the DP, Anthony Richmond. When Anthony arrived he seemed pretty disappointed. He told me he disagreed with how he was told the transfer would proceed.”

It turns out Anthony had been told he would not be able to supervise Paul’s work and would instead be presented with the final product. Luckily, Paul knows the importance of transparency and communication in this type of work.

“I told him he could come in every day if he wanted to — and that it was completely up to him. We proceeded to watch the movie with the sound down and spoke about each scene. When the movie was over he got up and told me he’d see me when I finished my pass.”

“When I completed my pass he came back in, watched the movie, and had no notes. He was in and out in two hours. It was a very satisfying experience.”

For ‘LA’s Finest’, Paul worked closely with DP Alex Nepomniaschy, as well as Bob Ganz from his CSI days. “Bob and I have a shorthand. I can tell what he wants when we roll into a scene just by his breathing.”

Be bold to create incredible

When talking about his work, Paul notes that his best projects have been when directors aren’t afraid to go above and beyond in the name of art.

“Working on ‘Gotham’ was like CSI 2.0”, Paul told us, because he had the chance to work with director Danny Cannon again.

“Danny pushed the envelope to new heights”, says Paul. “And ‘Doom Patrol’ is a very fun show to work on. The photography is amazing.”

While he’s certainly had a career full of highs, with 40 years of experience under his belt, Paul acknowledges that hard work and dedication are what got him here.

“Work hard even if you don’t think it’s noticed. Give 110% in everything you do,” he says, as a message to aspiring colorists.

Oh, and one more piece of advice: never neglect your RGB tuning! “Really focus on balancing the image using your RGB color correction — you end up with more color separation when you balance the image correctly.”