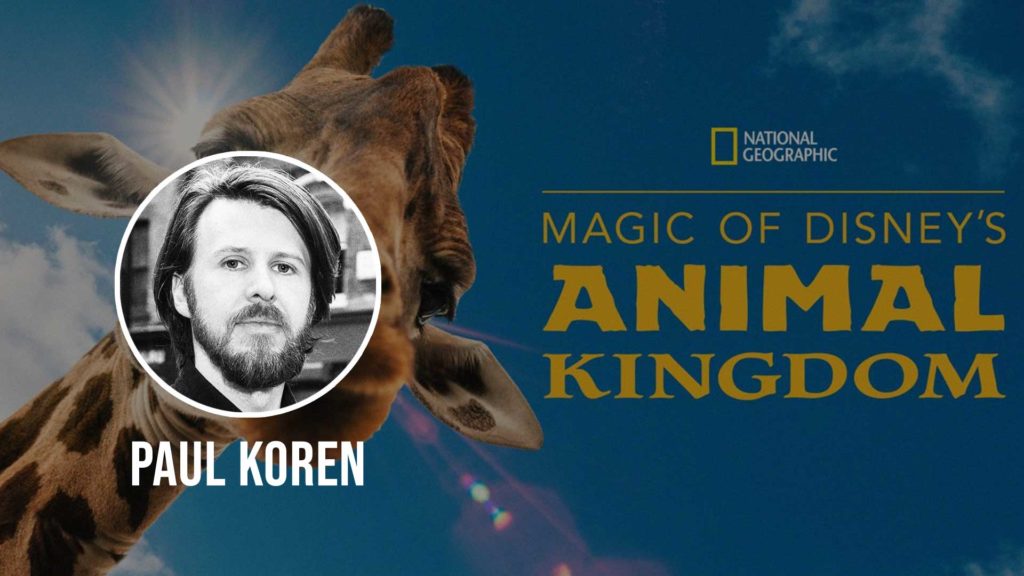 Artist in the Spotlight: Paul Koren

You know you’ve got a real artist on your hands when they’re as comfortable enhancing the magic of Disney as they are creating a gritty, true-crime drama scene. Say hi to Paul Koren, the ever-adaptable colorist at halo Post Production.

Paul has been working on film, TV, and commercial projects at London-based halo for nine years. Recently, his talents have helped the well-respected facility win Best Post-Production House at the 2022 Broadcast Awards — and that’s just one honor in a long list.

Paul has a wealth of experience to share with aspiring colorists, which is why we were super excited to chat with him; learning about his career, his crafts, and the tech tools he can’t be without.

Like many in the film and TV industry, Paul started out scrabbling around for his first gig and earning little to no money.

He initially tried to get into pre-production and script development for feature films. But when few opportunities came his way, he applied to a number of post-production facilities instead.

halo hired him. And the rest is history.

Over the space of nine years, Paul rose through the ranks from runner to colorist — and now gets to put his stamp on the great variety of projects halo is famed for.

Paul’s work spans genres; it’s something that both Paul and the post-production house pride themselves on. From high-end factual programming to scripted TV entertainment series, the team at halo have the expertise and creativity to create something special from any subject matter.

As Matt Locke, Head of Business, points out: “Our team have a massive amount of experience, are incredibly creative, socially aware, and are nice friendly people!”

Paul tells us that his passion doesn’t lie with just one genre.

He’s always excited to take on the next challenge — whatever that may be — which is great when you’re working for a company with such breadth of scope as halo.

“All projects are special in some way,” Paul says, “They all have a unique need or challenge, whether that’s helping with massaging the differences between cameras, or creating the right ‘look’ and atmosphere.”

Paul’s ability to identify the uniqueness and the central challenge of each project has served him well across a huge range of exciting shows.

This documentary series gave viewers a behind-the-scenes look at the animals and animal care experts at Disney’s Animal Kingdom Theme Park and The Seas with Nemo & Friends at EPCOT, while capturing the sense of beauty and wonder that Disney does so well.

“It was great to be able to help those shots sing”, Paul tells us, “especially through a Disney eye, with bold and lush colors.”

Another of Paul’s recent projects couldn’t be more different from the fairy-tale world of Disney. He’s spent the past few years working on ‘American Monster’, a dark, non-fiction crime drama for Investigation Discovery.

Each episode of the series combines footage from home movies, interviews with relatives, and dramatizations to reveal the lives of criminals in disguise.

What does he love most about this project? The creative freedom: “It’s fun making these mini movies look the best they possibly can.”

Post-production during a pandemic

When COVID-19 came along, Paul’s adaptability and grading expertise was really put to the test.

After working on ‘American Monster’ for years, he suddenly had to incorporate interviews that had been filmed remotely. Grading the show so that these remote interviews still had the look and feel of previous series was, Paul admits, something of a challenge — one that he relished.

During this time, Paul also worked on a three-part documentary series for Nutopia. ‘America: Our Defining Hours’ was a History Channel show about the evolution of the USA. And it was made entirely during lockdown.

Paul and his team had to incorporate remotely-filmed interview footage and dramatic reconstructions sourced from old programs that had already been color graded.

Despite these challenges, the end result was a seamless, cohesive whole — exactly what you’d expect from Paul and his halo team.

Paul’s essential tools of the trade

Every colorist has a few favorite tools they just couldn’t live without. So what tools and software get used most often in Paul’s grading suite?

“DVO Clarity is fantastic,” Paul enthuses, “It’s something that comes in handy when dealing with low light footage and any other noisy video footage we receive.”

“We’re often asked by clients to try and save a shot that has noise issues. They may have to discard it if we can’t do anything to help.”

‘Nine times out of ten, Clarity cleans up the footage beautifully, making life easier for colorists and clients too. It’s a great tool to have at your disposal’

Advice for the next generation

Paul continues to work on a range of factual and light entertainment shows, for audiences in the US and UK. Recent credit highlights include ‘Elle Undercover’, ‘Jamie’s Quick and Easy Food’, and ‘The Devil Speaks’.

Having achieved so much in just nine years working in post-production, we’re excited to see what Paul and his team do next.

And if any aspiring colorists have ambitions of working for as well-renowned a facility as halo?

Paul’s advice is to start out the way he did: spending time in tech departments to learn as much as you can about the technical aspects of film. And, he says, it pays to make friends in the right places.

“Get to know the colorists and ask to sit in with them,” he says. That way you get to really see the graft and creativity the work requires. “But,” he continues “Always go with a cup of tea in hand!”