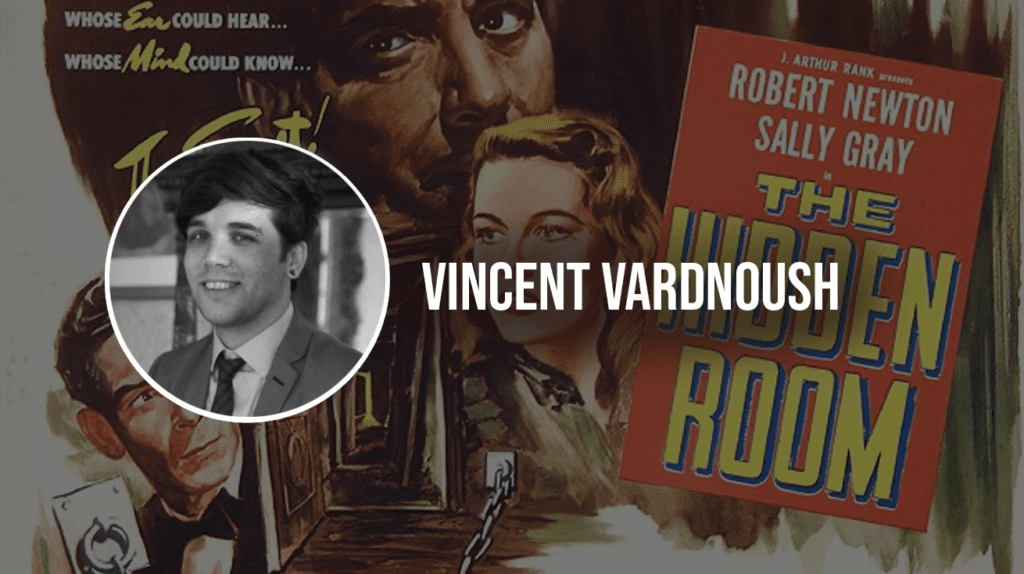 Artist in the Spotlight – Vincent Vardnoush

Whether it’s an old horror or a topical documentary, restoration artist and colorist Vincent Vardnoush knows what to do. With the help of Phoenix, Vincent has created incredible restored pieces using our DVO tools. Don’t just take our word for it – Vincent swears by it.

Vincent has worked as Head of Post Production at Screenbound for the last 7 years, but has been in the industry for nearly a decade before. Although starting out as a visual effects artist and colorist, working at Screenbound gave Vincent the chance to work on more classic titles, enhancing their picture for DVD/BD releases.

This wasn’t enough sometimes – lots of films needed a proper restoration, which was what inspired Vincent to experiment and immerse himself into the world of film restoration…

‘The quality of Filmworkz’s tools are much better than any other vendor in industry, I say that based on our own work and results’.

Restoring old video is something both Filmworkz and Vincent are incredibly passionate about. Vincent explains that ‘as well as being a valuable art form, film is very important to people of all ages, because, like music, it reminds people of special times in their lives. It reminds them of the people they enjoyed the film with when they first watched it’.

Vince has restored and color graded the 1981 camp-horror classic Inseminoid (also known as ‘Horrorplanet’) directed by Norman J Warren, which is perhaps younger sister to Ridley Scott’s Alien. He worked on it with Warren himself and it was released on BluRay later that year by Power House.

With Phoenix, Vincent has been able to restore a brand new 4K scan of Obsession (1949), a British crime film directed by Edward Dmytryk and based on the 1947 novel A Man about A Dog by Alec Coppel, who also wrote the screenplay for the film. Obsession made its round of film festivals and was even entered into the 1949 Cannes Film Festival. Now this masterpiece is ready to be watched on TV screens everywhere.

Vincent will now be using Phoenix to restore the 1987 BBC1 murder mystery set in Kenya The Happy Valley, which has been recently scanned for the first time into 4K. He typically goes for the Dry Clean tool when working on footage. His other trusty tool is The Steady which does ‘an amazing job’ and is the ‘best stabilisation tool I’ve ever seen’.

It’s not just restoration that Vincent works on: color grading is also key to making a film come together. Vincent believes that ‘color can make or break the look of a film – it is used to convey atmosphere. Poor quality colour grading can cheapen the look of a film’.

Screenbound works on a lot of horror films as well as documentaries, both very different genres but equally important in regards of color and tone.

When it comes to horror, ‘it’s all about setting a mood – a good horror can scare you with the right light, grade, and sound’, and that’s without needing any special effects. It’s the small tweaks that can have a big difference, which you can see in Screenbound’s touches on Vampira (1974), The Devil’s Men (1976), and Terror (1978).

It’s the same for documentaries: the light and grade tend to be much cleaner but the challenge is usually that interviews come from different sources. Post production is important as it matches them where you can to help with continuity – ‘the key here is consistency’.

Working with mixed media can give you the insightful results that you see in the 2012 documentaries Queen Elizabeth II – A Celebration and Diana Princess of Wales – A Celebration of a Life for example, and can’t come together without magic touches in post production.

Nucoda offers these tools to make your film look incredible. Trusted by Netflix, Pixar, and Prime Video, Nucoda lets you experiment with our DVO tools to create the best quality possible.

Using Filmworkz’s software has meant that Screenbound has ‘managed to bring some dead footage back to life’ and that ‘restoration results with other vendors are not even comparable with Phoenix – that’s for sure!’

Our packages set us apart – ‘I’ve tried and tested different tools and software but the result I achieved using Phoenix was a far cry from the other tools’.

He also shouts out our subscription plan, believing that it ‘is something that the industry needed’, and joins other satisfied restoration artists like Randy Fortunato, who love the flexibility of it.

Vincent ‘definitely’ recommends us to any other other restoration artist who’s looking to get INCREDIBLE results and promises that ‘the quality of Filmworkz’s tools are much better than any other vendor in industry, I say that based on our own work and results’.