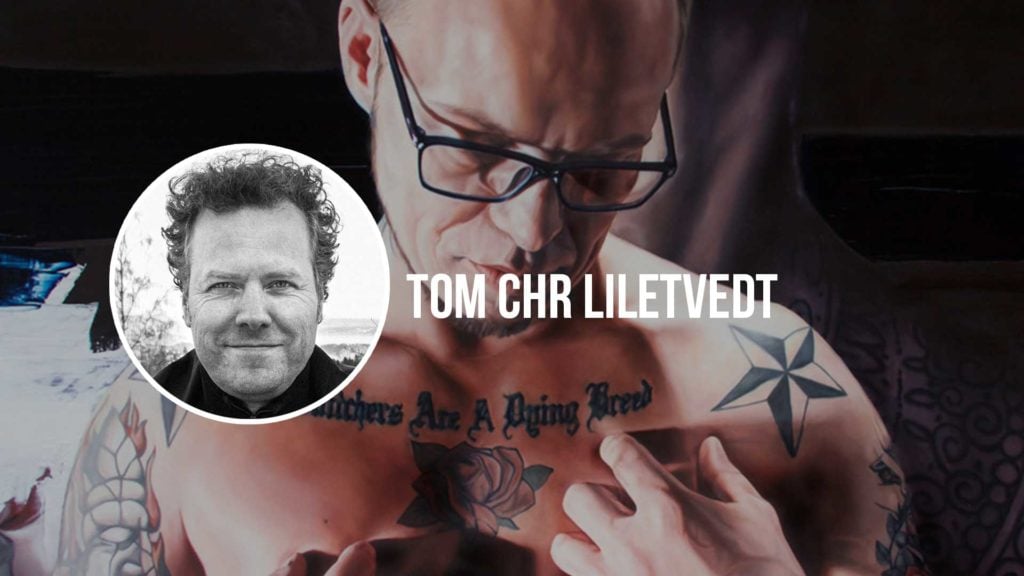 Tom Chr Lilletvedt is an incredibly talented film colorist, with a particular interest in documentary film-making. But he didn’t take the traditional route into his success. In fact, his story gives all budding creators hope that you don’t need a flashy production degree to make it in film.

In his words: “I kind of just slipped into it. I grew up with a Super-8 camera, so it evolved from there.” So how did Tom go from childhood creative to senior colorist at Norwegian production facility Hinterland?

Coloring the route to success

With a background in Graphic Design, Tom dabbled in a few areas of visual communication before finding his true passion in color grading — a trial and error process many entry-level film enthusiasts have to go through.

“I tried a little bit of everything, but quite early on I loved to be able to paint in film.”

This early passion for grading saw Tom work in a number of post-production roles in his hometown of Bergen, Norway, before working at Hinterland — a global production company numbering more than 400 awards and nominations including several European Film Awards, Oscars, and Emmys.

This could overwhelm many colorists in the infancy of their careers, but not Tom. He had already worked with the founders of Hinterland so when they moved base to Stavanger it was a no-brainer to join the team and put the skills he had learned in Bergen into practice.

One year into his tenure, Hinterland acquired Nucoda — a premium finishing solution for feature films, commercials, and broadcast. Today, Tom’s been using Nucoda for over ten years and, unsurprisingly, it’s a tool he feels profoundly connected to.

“It just feels intuitive — that’s the main part. I don’t have to be a computer engineer to use it, I can focus on the aesthetics.”

Creating complex looks and visual styles that achieve a captivating connection between color and emotion, Tom implemented the color toolset on one of his most successful films, ‘The Painter and the Thief’, winner of Sundance Festival World Cinema Documentary Special Jury Award for Creative Storytelling and Best Documentary at the BFI Film Festival.

Color grading The Painter and the Thief: ‘2020’s most moving documentary’

“I tried to follow the character story arcs and do the same with the color — sometimes matching it and sometimes counter matching it”, Tom says.

The storyline centers around a story of friendship between a Czech artist and a thief who stole from her. Obvious contrasting emotions, toying with anger and empathy, the documentary was shot on a compressed camera in a dark studio space with harsh shadows.

Tom worked hard to bring the work out of the shadows and into a warm glow using Clarity and other DVOs, in addition to careful grading.

“With documentaries, you don’t have the big lighting that you have on a fiction film, so you have to deal with what you get. It’s more important to stay with what’s happening in real life than to start moving lights around on location.”

This focus on natural elements created a sense of authenticity, something that Tom has carried into his other works and the development of Nucoda as a practice.

Back to basics: the stripped-back approach to DVO that revolutionizes grading

Another such larger-than-life film Tom has worked on is ‘The Blue Code of Silence’, a documentary about corruption in the NYPD in the 1970s.

The film is about a cop who wore a wire to expose the illegal inner workings of the police force. The challenge this time was the extensive use of archive footage and working the grade to make it all flow together.

Tom used an abundance of DVO tools, from taming grain and noise with DVO Clarity, removing dead pixels with DVO Pixel, to adding some much-needed detail with DVO Sharpen to simply make the other shots match the film look of old.

“I loved that you could take away all that noise and distraction so people can enjoy the story”, says Tom, “That’s my main goal with archive — you want to follow the story, not look at interlacing. You want to remove the ‘noise curtain’ so that you can keep the audience engaged in the story.”

The interaction between documentary and fiction is another theme that Tom draws on in his grading.

Going back to basics, he believes that filmmakers should stay true to what’s happening in front of the camera, focusing on real-life contrasts, natural light, and angled shooting rather than over-editing in post-production.

It’s this juxtaposition between reality and a fictional story where Tom finds the perfect middle ground — a state of authentic, chromatic storytelling that connects audiences with an honest narrative while transporting them to a state of escapism.