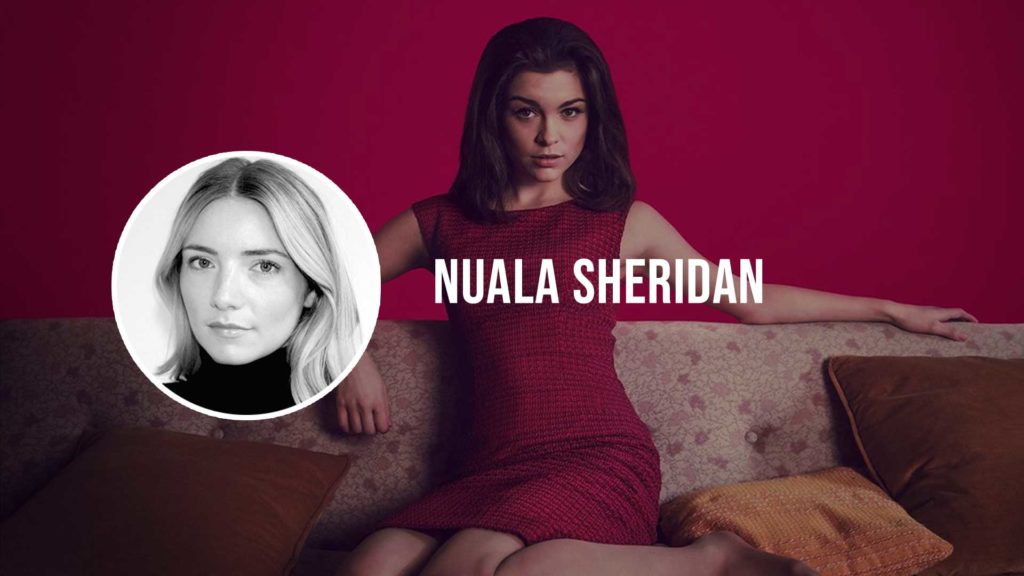 Artist in the Spotlight: Nuala Sheridan

In Nuala’s mind, colorists don’t just learn by doing. The secret lies in observing other amazing colorists at work and then applying those techniques for yourself.

When Nuala Sheridan first started out in the post-production industry, it was the Broadcast Engineer role she’d set her sights on. But her creative thirst soon outgrew the daily responsibilities of the job.

Now, she’s a senior colorist with Apple TV+ and BBC credits under her belt — and couldn’t love what she does more. We chatted with Nuala about finding fun in her job, the thrill of a challenge, and how she uses Nucoda to bring film colors to life.

A career in full color

Broadcast Engineering is a fast-paced position; it takes a lot of quick thinking to keep live TV running smoothly. What there’s less need for, however, is creative thinking and artistry. And after scoring a role at a film lab in Camden, Nuala quickly discovered a new passion in the darkroom: “Becoming a colorist would combine my love of technology and creativity perfectly”, she explains.

From there, she steadily worked her way up from a Color Assistant to a Telecine Colorist on film dailies, to her current role as Senior Colorist at The Farm Group in London. Here she’s amassed a truly impressive back catalog of British entertainment, documentary, and high-end dramatic television.

For her work on The Trial of Christine Keeler, a six-part BBC series on the 1960s Parfumo Affair, Nuala was nominated for Excellence in Grading at the 2020 Broadcast Tech Innovation Awards. Despite her stacked resume of prestige TV, Nuala reckons her favorite project she’s ever worked on was a promo piece for a fashion brand.

Most recently, Nuala has worked on Apple TV+’s ‘Long Way Up’, an American documentary series starring Ewan MacGregor and Charley Boorman. You’ve probably heard of it? The show follows two friends as they travel from South America to Los Angeles on electric Harley Davidson motorcycles — and it’s quite the visual feast.

Unlike standard TV shoots where things are meticulously planned, Nuala says that ‘Long Way Up’ was done much more ‘run and gun’. There were multiple camera source files, from drone shots to mounted helmet cams. It makes for a much more engaging show, but it also makes a lot more work for the coloring team to create a seamless look.

Of course, Nuala loved the challenge. “The ‘run and gun’ nature of the shoot meant so much storytelling was left for the grade”, she says. “The team was receptive to my interpretation and I’m proud of the results.”

She goes on to say that she needed to create a solid base color palette to work from. “I used the Color Convert tool in Nucoda to map the multiple camera source files from their native color space to P3.”

“This gave me a good base when matching the grade between cameras. Segueing from beautiful drone vistas to onboard bike cameras, while ensuring continuity, was key.” And anyone who’s seen the show will surely agree that she nailed the brief!

Using Nucoda to hone her craft

If you’re new to the Filmworkz family of products, Nucoda is a color grading and finishing tool for video of all kinds, from feature film to web content. It comprises a range of color management workflows to achieve absolute color perfection.

Nuala swears by the DVOs (Digital Vision Optics) plugins — and DVO Clarity in particular. “It’s by far the best noise reduction tool I have ever used. Its ability to remove unwanted noise in a way that doesn’t soften the image, or cause artifacts, is incredibly useful.”

But learning how to use tools like Nucoda is a craft you have to hone, and it’s not just practice that makes perfect. In fact, Nuala encourages budding colorists to patiently observe other colorists before trying for themselves.

“Identifying what’s wrong with an image and then knowing how to make it better takes time and practice”, she says. “Sitting with a Colorist and watching what they do is the best way to develop your skills.”

Then, from there, you can put those observations to work with Nucoda. Try it for free today.