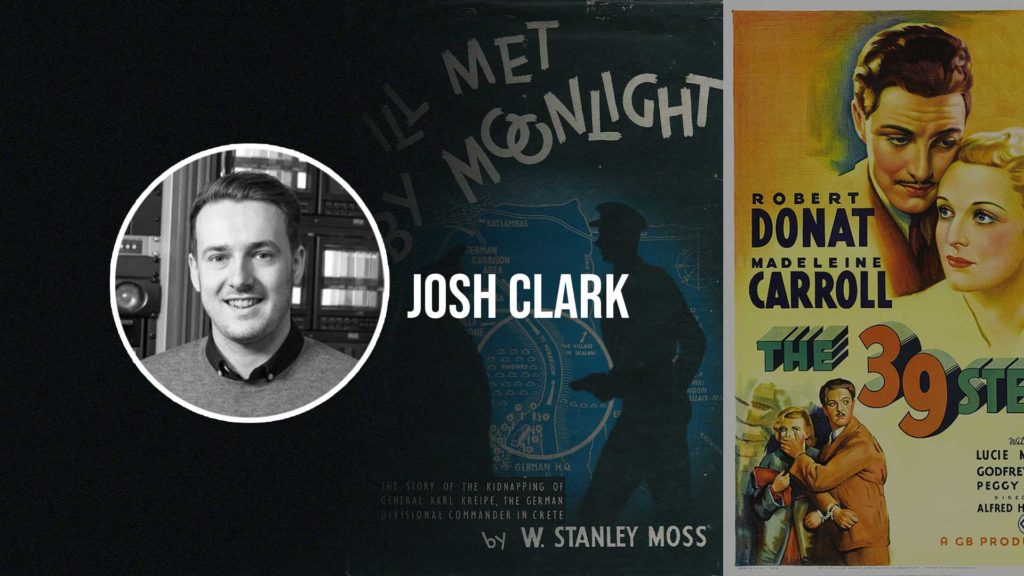 Artist in the Spotlight – Josh Clark

ITV is the oldest commercial TV network in the UK. And Josh Clark is the restoration expert tasked with bringing its extensive archive of series and movies back to life. We chatted with Josh to learn more about the artistry of digital restoration and the projects he loves best.

To give him his official title, Josh is Film and Restoration Supervisor for ITV Content Delivery.

His restoration of the British comedy classic, ‘Carry On Up the Khyber’, recently won an RTS Yorkshire Award for Professional Excellence in the Drama & Comedy Post-Production category.

He’s currently working on a 1965 slapstick comedy feature, ‘The Early Bird’, starring Norman Wisdom. So how did Josh get started on the niche career path of digital film restoration?

Josh is a home-grown talent at ITV Content Delivery. He started work with the team straight out of university, processing live content for catch-up viewing on the ITV hub.

From here, he moved into ingesting 16mm and 35mm film. This work then led him to the restoration department.

“It was really good timing,” says Josh, “We’d just started using Phoenix as our primary restoration tool, which really was the catalyst for all the exciting work I get to do now.”

A large part of Josh’s current work is restoration and digitization for BritBox — a subscription streaming service that features a wide range of British boxsets and movies from a number of long-running UK networks.

To provide content for the platform, Josh and his team are responsible for digitizing, re-versioning, restoring, and delivering shows and movies from the extensive ITV archive.

It’s a colossal task, but one that Josh is really passionate about — especially when it comes to movie classics.

Bringing the classics back to life

Josh spends his days getting classic TV and movie content back into great condition, ready for a new lease of life on the small screen.

Carry On Up the Khyber

‘Carry On Up the Khyber’ was the first restoration project Josh did for BritBox. It was also the first time he’d restored a full feature.

“It was a huge learning experience for me personally,” Josh tells us, “And a big opportunity for the department.”

But big opportunities carry big responsibility, as well. ‘Carry On Up the Khyber’ is the sixteenth movie in the ‘Carry On’ series, a much-loved part of British comic tradition. “It’s nice to know that the Carry On films have such a passionate set of fans,” says Josh, “And that they can now view the films in a quality not seen since release.”

While Josh may have enjoyed working on the ‘Carry On’ movies, his passions lie with other, less high-profile projects.

“The really special ones are the hidden gems — like Ill Met by Moonlight — that deserve to be seen by more people at their absolute best.”

‘Ill Met by Moonlight’ was released in 1957. It’s a lesser-known Powell and Pressburger title starring Dirk Bogarde. The movie was shot in VistaVision — a widescreen variant of 35mm film — and the original film had lots of physical damage that was difficult to rectify in the suite.

“Some of the scratches ran horizontally across the image rather than vertically,” Josh tells us. This posed a unique challenge, as the Phoenix DVO plugin that Josh favors was designed for the detection and removal of vertical scratches only.

The solution? “We resolved this by rotating the image 90 degrees and applying DVO Scratch Target as normal — which worked great!”

“Ill Met by Moonlight is beautifully shot, and restoring it back to its best was a joy.”

Josh’s tools of the restoration trade

Josh uses a number of different tools for his restoration projects.

Phoenix is a suite of restoration products that Josh uses on a daily basis. It’s been designed to produce great results quickly, with less manual intervention.

DVOs are a key part of the process. These are plugins that can digitally remove dust and scratches, reduce noise and perform lots of other really valuable functions.

So which DVOs does Josh find particularly useful? “DVO Dry Clean is versatile and effective — always my first port of call for any dust, dirt, and mark removal.”

“I also love using the matte tools to isolate different areas of the image. Difference Mattes, in particular, used in conjunction with multiple effects, are hugely powerful.”

The art of restoration: knowing when to stop

During the pandemic, working remotely, Josh and his team were limited by bandwidth and playback resolution. This meant they had to work on Alfred Hitchcock’s ‘The 39 Steps’ on a painstaking, frame-by-frame basis in order to maintain its quality.

Clearly, the right tools help to speed up and simplify the process of restoration. But Josh is keen to point out that it’s not about achieving perfection.

“Alfred Hitchcock’s The 39 Steps was in by far the worst condition of any of the features we’ve restored in Phoenix so far, and it taught us a lot about just how far the tools can go, but also about resisting the urge to go too far.”

Josh says that when you first start restoring, it can be really tempting to push the tools until you get a completely clean image. “But you can strip away the unique texture and characteristics of the medium and end up with footage that doesn’t even look like it has come from film.”

“Restoration is about getting back to how it would’ve looked when it was first shot — and not trying to enhance beyond that.”

Josh’s tips for anyone looking to get into film restoration follow a similar theme.

“Imperfection is okay, so watch as much old film footage as possible — the worse the condition the better. Watch and read about other restoration projects and consider why they may have left certain defects in. If nothing else, just remember — grain is supposed to be there!”

Getting a feel for old film footage and having affection for its history is, for Josh, an essential part of the process.