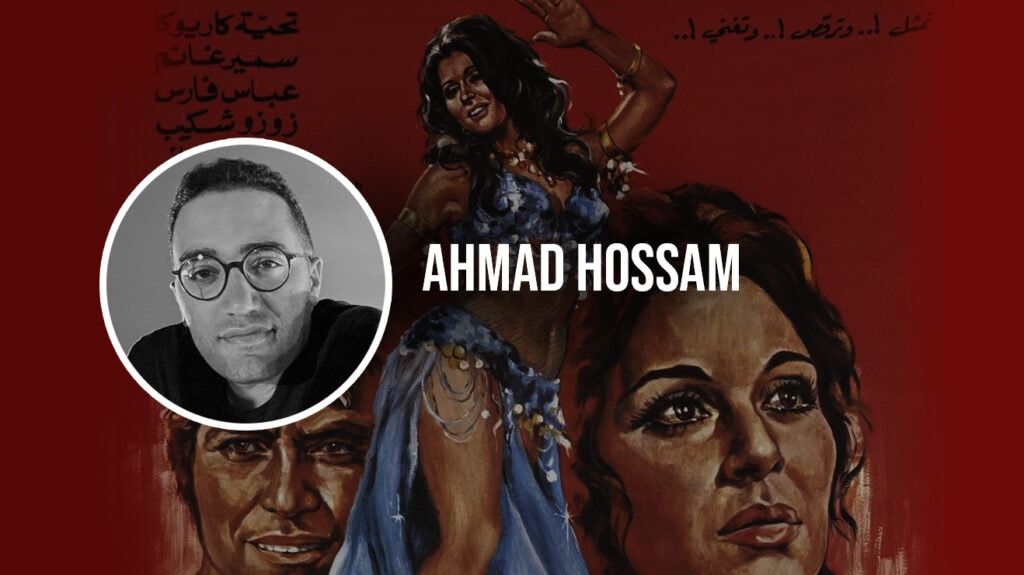 Artist in the Spotlight – Ahmad Hossam

Restoring old classics takes a little bit of magic, says Ahmad Hossam, but Phoenix has the power to bring films back to life. Thanks to Phoenix, Ahmad’s projects are being premiered this year at the Cairo Film Festival and the Red Sea International Film Festival.

Phoenix was able to ‘make the impossible possible again’.

Ahmad is a Senior Digital Restoration Artist and Colorist, and is part of the team at the Cinematic Restoration Center at the renowned Egyptian Media Production City (EMRC) in Cairo. With Phoenix, Ahmad has restored two Egyptian classics which will be shown at film festivals this year.

Ahmad is on a quest to protect the heritage of Egyptian cinema, and has spent the last three years refurbishing the household favourites and classics ‘Oghneya Ala El Mamar’ (1972), which will appear at the Cairo International Film Festival, and ‘Watch Out For ZouZou’ (1972), staring the ‘Cinderella of Egyptian cinema’, Souad Hosny, will be shown at the Red Sea International Film Festival.

Ahmad stresses the importance of film festivals, as not only is it a place to display peoples’ passion for film, but ‘more than anything, film festivals deliver a new, unique way to experience movies, always driven by the power of a good story’. It gives people the opportunity to see the amazing work that Ahmad, and many other creators, have accomplished.

The facilities at the EMRC are state of the art, where thousands of hours of historical film archives are currently being cleaned up and transferred to digital storage. But he still needs that extra touch to make the films incredible…

That’s where Phoenix comes in.

Ahmad uses Phoenix to clear up the images on these famous classics, and uses our stress-free DVOs to do all the work.

His go to tools are the DVO Dry Clean to clear the picture of impurities, DVO Dust to remove the specks that obscures an image, and sometimes DVO Grain to make the image look more natural. With these tools, Ahmad can make magic.

Restoring some of the material was difficult, due to the quality of the negative material. But this obstacle was easily overcome using the tools on Phoenix and Ahmad was able to ‘make the impossible possible again’.

Put simply, Phoenix was ‘one of the most powerful and effective restoration programmes’ that Ahmad had ever used.

Phoenix gives a breath of new life into Ahmad’s work, which is crucial if Ahmad is going to help save Egyptian cinema: ‘it would be a dream to save the history of cinema and Egypt’s heritage from scratchy and dark pictures’.

Martin Scorsese’s Film Foundation predicts that ‘half of all American films made before 1950 and over 90% of films made before 1929 are lost forever’ – and that’s only in America. Ahmad explains that films can be lost due to unstable political conditions, lack of film archives and training in preservation, climate conditions (humidity and heat control), as well as general lack of awareness.

Egypt has a rich cultural history in cinema that often gets overlooked: Cairo used to be called the Hollywood of the MENA region and the 1940s to 1960s are considered the Golden age of Egyptian cinema. Until the late 1950s it was impossible to differentiate technically between Egyptian, American, Italian and French films.

By restoring these cinematic masterpieces, Ahmad ensures that these films can be enjoyed for generations to come, and fulfils his ‘national duty to save and protect that history so that others can witness the great Egyptian movies on new platforms’.

This was what drew him into restoration in the first place: Ahmad was worried that the history of Egyptian Cinema would be lost since ‘all of our monitors have turned into 4k and 8k resolution, and old movies can not match with the current scaling in the market’.

Ahmad’s angle is that, thanks to the influx of streaming services, like Netflix, HBO, Disney+, he hopes that every platform needs a refreshing database and ‘this could be a great chance for new generations to see the greatness of the old film industry’.

Sticking to his Egyptian roots, Ahmad says that if he could have creative control over any movie, he would have loved to have been a part of ‘Aboud Ala El Hodod’ and ‘El Nazer’ – ‘who knows, maybe I’ll have the opportunity to win the honour of working on these movies’.

To rescue these films from being lost to history would be such a thrill; Ahmad even says that his friends and family are always asking him to restore them!

If Ahmad ever gets the chance to restore these classics, then he knows what to use: Filmworkz. Ahmad promises that, without Phoenix’s effectiveness, his films wouldn’t be watchable, and would recommend us to any other restoration artist.