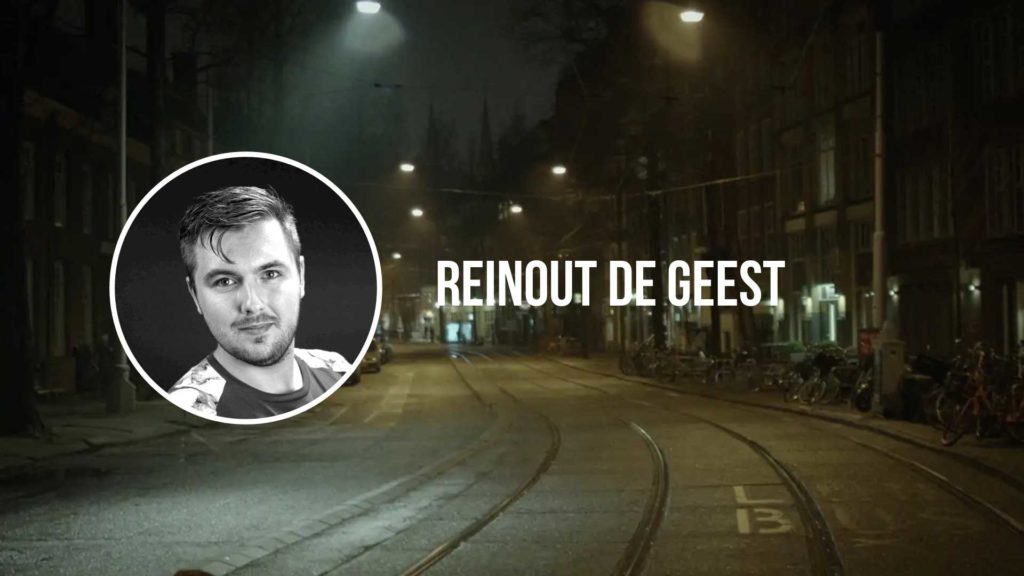 Filmworkz met with Reinout De Geest, a freelance colorist based in the Netherlands, to discuss how our DVO tools have impacted his work. Throughout his career, Reinout has graded a number of television series and documentaries, and is currently working on two reality shows, Drag Race Holland and Andy Niet Te Vermeijde (ANTV), a series about Dutch footballers.

However, his work in post-production is far from unfulfilling. One of Reinout’s favourite parts of the job is the glimpse into people’s lives that grading offers. “That’s the beauty of our work. We love to grade film and make things beautiful, but it also allows us to be enriched by the content.” Drag Race Holland is one such example. “The determination and charity one can have even after being bullied for life is what I learned the most from grading Drag Race.”

Working with the right director can also make grading an outlet for creativity. “On ANTV, director Dennis Wieringa gave me carte blanche on all episodes. As every footballer lives a different life, the grading will vary. It’s truly great to express your creativity in such a free manner.”

As a craft with so many variables, grading comes with its own set of difficulties. “The most common challenge is the different camera formats and trying to match footage from one scene or shot to the next.” With so much new camera technology now available – from drone cameras and gimbals to smartphones – acquiring video footage is now even more accessible. The quality levels these bring, however, can provide another challenge to colorists. Reinout explains, “Drones have to look as good as the main camera. With HDR, you have to make sure what you produce doesn’t jump from compressed clipped drone shots to beautiful HDR in one film.”

He encountered a similar issue on one of his more recent projects. “On ANTV, the main camera was well shot. But for the b-roll their choice of weapon was a kind of handheld gimbal with poor bit-rates. When filming the inside of the footballer’s house, you could see just how much noise and artefacts popped up in the shadows.”

“On set it’s difficult to see what the footage does and feels like in the final product, because they just review it on a very small monitor. Then they come into post production, into the grading and see it on this great big display. Mostly that’s the first time one notices such artefacts. It’s a scary process for a director to see the difference in quality between the main camera and the gimbal camera.”

The Filmworkz OFX have come in handy with this latest challenge, however. “With these lower bitrate-cameras more often you have to deal with a lot of grain, and that’s where the Filmworkz Clarity plugin comes into play.”

What’s more, Reinout credits the Filmworkz tools for improving the way he works. “The beauty of the Filmworkz DVOs is that when I see raw footage, I know I have to use that plugin or that setting. I learn to read the footage to see what you can get out of it, and which tools and settings you’ll have to use to do that.”

He was first introduced to Filmworkz through his work with Nucoda, and has never looked back. “It was a joyful moment when the Filmworkz tools came to Mistika and Resolve!”

“It really helps when directors send me a clip, even on a smartphone, and I can see it has a little bit of noise or it needs sharpening, and I can pretty quickly give an estimate of what they can expect when I’ve laid my hands on it.”

When asked about his favourite DVO tools, Reinout doesn’t hesitate to answer. “One that sticks out is the Clarity plugin because the one thing that I’ve missed is a decent noise reduction tool. There are a lot of noise reduction tools out there, but I find they make the footage fuzzy. With the Filmworkz Clarity, you can really upgrade the original footage.”

For colorists just starting out in the industry, Reinout has this advice. “What I see most among junior colorists is that they really focus on shot-by-shot basis. Fixing a shot is important but it’s also important to keep consistency scene-by-scene. If an interior scene switches to the outside and the grading doesn’t match up, it will look inconsistent.”

“The most difficult thing about color grading is that each camera has to match. This is where the main focus should be – it’s not about correcting one shot, it’s maintaining that specific look for the whole scene. That’s the key.”